Fidelio PMS. the first Hotel Management Software that positioned itself as a truly international solution

Before some of our readers where born, Fidelio PMS was already making an impact in the Hotel Industry and in the way Hotels were managed. It was most likely the first Hotel Management Software that positioned itself as a truly international solution used by the biggest Hotel chains until this day.

Fidelio led the hotel software market for many years, the MS-DOS version of Fidelio PMS understood the needs of the hotel industry at the time and with features such as “hot keys” as well as the agility of the system its users at the time still remember it as a The Great PMS System of the time.

At the end of the 90s, Opera was first announced which created a lot of hype and expectations in the Industry.  Customers expected a wide range of new functionality that would help them keep up with the changes of the industry. While the solution looked impressive at the time, the expectations were not quite met.

In the early 2000s one of the first implementations of Opera took place in Spain. At the time, one of the current Mastel Partners led the technical development of Opera on the Spanish Market, and although we tried to make the process fast and successful, we were not able to progress as well as we wanted.

As the expectations for a great product in a short time where high, the reality was that the process took longer than anticipated. The migration from Fidelio to Opera was not as expected and the functionality and improvements customers looked for took some time to arrive in the solution. 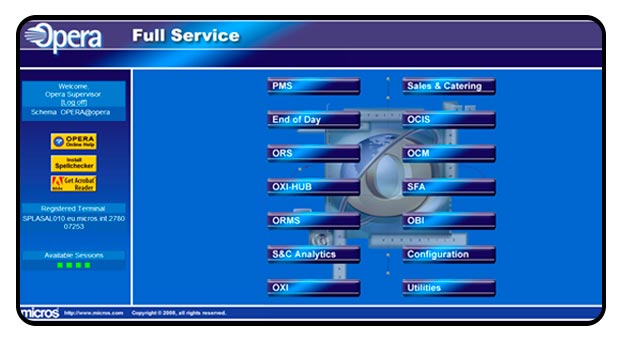 The product however evolved and between 2002 and 2003 Opera became the great solution everyone had been waiting for and added value for hoteliers. With added stability, extended functionality, a massive number of interfaces and the new Oracle Database technology, Opera PMS became the leading Property Management System in the Hotel Industry.

Following the improvement of Opera PMS, the future looked bright as Opera PMS was always a step ahead. And although there are multiple solutions available on the market, with its quality and reliability Opera has become the market leading PMS Solution.

Mastel Hospitality has performed multiple studies analyse the need-coverage of Opera PMS for our customers. The results were clear, Opera PMS consistently covered 20% to 30% more requirements than any competing solution. This shows that although there are other high-quality solutions on the market, when looking at the details Opera always provided more solutions that where needed to solve business obstacles and integrations.