At the end of 2016, Kabuki Group’s team in charge of the opening of the new Kirei restaurant in Madrid contacted Mastel Hospitality to seek support and technological advice for the start-up of this establishment.

From the first talks the possibility arose that this project changed from being a standalone opening of a new restaurant of the group to being part of a larger project that could be the beginning of a centralization in the management of the various restaurants that the group currently has.

Since then, Mastel Hospitality has joined the Kabuki Group’s team to work as part of the Kabuki task force in the preparation and launch of the new Kirei brand establishment. The objective was not only to advise and support this opening, but also to advise on the technological strategy and definition of the corporate configuration in the management systems that will allow the Kabuki Group to open new establishments with a centralized management in a way organized, corporate and agile. 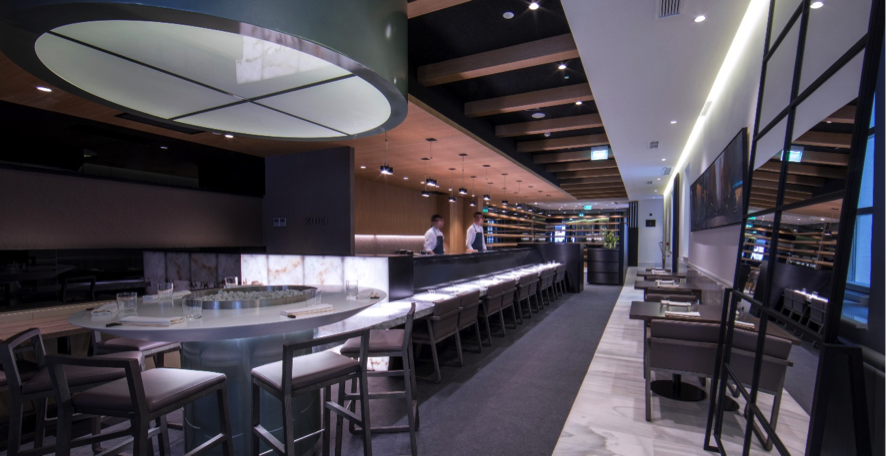 This first project consisted of the support during the installation of the new Kirei Las Cortes restaurant.

Kirei is a gastronomic concept developed by the group in 2013 with with the objective of bringing closer the “Kabuki cuisine” to a faster and more economic concept. Kirei Las Cortes opened in 2017 and is located in the Double Tree by Hilton Prado Hotel, in Las Letras neighbourhood in Madrid.

Its menu, created by the group´s executive and 4-michelin star chef Ricardo Sanz, is based on Kabuki´s sushi, where apart from the classic nigiris and usuzukuris the creative sushi offer stands out, such as the Pekin Duck Futomaki or the Kebab Temaki. As a novelty, the menu also includes a variety of Dim Sums and a selection of Baos such as the Kirei´s Hot Dog made with wagyu beef sausage.

Kabuki Group was created in 2000 and is dedicated to the Japanese restaurant business. It develops this activity through five different concepts. Kabuki with five restaurants located in madrid (two), Guía de Isora (Tenerife), Valencia and Casares (Málaga) that have been awarded with four Michelin stars. Kirei with six restaurants, three of them located in the Madrid and Ibiza’s airports, one of them located in the hotel Double Tree by Hilton El Prado in Madrid, one in the residential área La Moraleja Madrid and one in the Hotel Room Mate Valeria in Málaga.

Kirei Experience, an online platform that sells prepared japanese food, developed together with Pescanova and with service throughout Spain. Kuenko a food truck in Miami. Factory that produces prepared Asian dishes and sells for modern distribution and food service channels.

Any cookies that may not be particularly necessary for the website to function and is used specifically to collect user personal data via analytics, ads, other embedded contents are termed as non-necessary cookies. It is mandatory to procure user consent prior to running these cookies on your website.